Why You Should Know About DeepMind?

Home > Blogs > Why You Should Know About DeepMind?

Trending
reply
Jun 17
Why You Should Know About DeepMind?
By Kamal Jacob

DeepMind is one of the world leaders in the field of artificial intelligence that strives to make the world a better place using AI.

Founded in 2010, by Demis Hassabi, Mustafa Suleyman, and  Shane Legg, DeepMind has managed to push boundaries of AI. With a constant focus on solving the problems faced by the world at large, their innovations in artificial intelligence have been inspiring numerous start-ups as well as the global giants. As a result, Google acquired 2014 for a whopping 400 million US dollars to strengthen its capability in AI. As we speak, Google has already incorporated DeepMind’s solutions into their offerings such as Google Lens, Google photos, and Google+.

DeepMind, as an organization built around innovations in AI, demonstrates an unparalleled commitment to solving problems that suffer from painfully slow progress. They consider several problems, such as climate change to the need for radically improved healthcare, as those deserving scientific attention and work actively towards solving them.

DeepMind and their Innovations in Artificial Intelligence:

In their quest of solving complex problems with artificial intelligence, DeepMind has created several innovative solutions, such as: 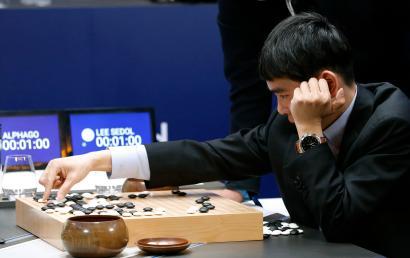 DeepMind believes that artificial intelligence can prove its worth to the world by employing the newest innovations to solve some of the most complex problems known. They chose the ancient game of Go to solve using AI and created a program called AlphaGo. They challenged the top global players of Go and registered victory of an AI-driven program against the legendary players. For instance, in the first formal match of AlphaGo, it competed against the reigning 3-times European Champion, Mr. Fan Hui. It won by a phenomenal 5-0 margin in its first ever professional match. Later on, it registered another victory against Mr. Lee Sedol, 18 times world champion in Go and one of the best Go players to have ever born.

As AlphaGo invented 37 new moves, it surprised everyone, including the AI experts as well as the masters of the game. It was unanimously believed by the experts worldwide that AlphaGo was at least 10 years ahead of its time. 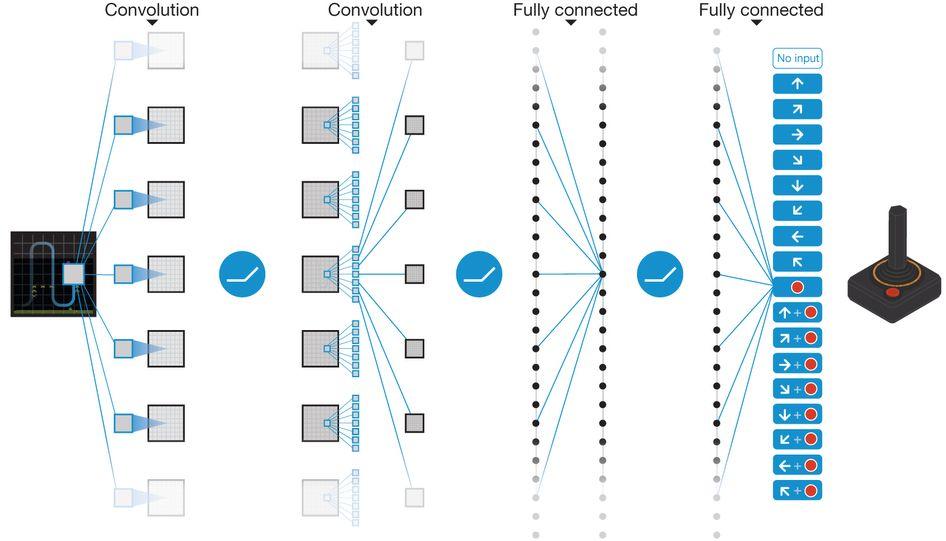 In February 2015, DeepMind published a paper that described a system, DeepRL, that combines the power of Deep Neural Networks with Reinforcement Learning at a large scale for the very first time. In an attempt to demonstrate that it works, it mastered a large range of Atari 2600 games and took it to an unbelievable level, relying only on the raw pixels and score as the data points.

It is commonly believed that an artificial agent could be considered truly intelligent if it could perform a diverse range of tasks that are supposed to be very challenging for humans. Prior to DQN, individual algorithms had been developed that mastered a single specific problem domain, thus couldn’t be termed as truly intelligent. However, Deep Q-network, the end-to-end reinforcement learning agent leverage the most modern discoveries in training deep neural networks and could easily exceed the performance of human players and all the previous artificial agents across a wide range of 49 different game scenarios of Atari.

Deep Q-network, as a historical first, demonstrated that a general-purpose artificial agent could consistently adapt its behaviour, train itself to perform advanced tasks without any human intervention. This marks a major milestone in the history of artificial intelligence. 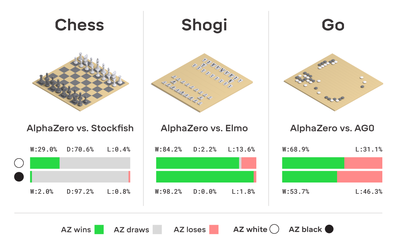 One of the most studied problems in the history of artificial intelligence is the game of chess. Prior to DeepMind, several computing attempts have been made, such as Stockfish, which were considered to be topmost computing programs ever written for playing chess. However, in addition to Stockfish, there are several other game engines that were built based on numerous hand-coded rules to suggest them moves and game scenarios.

On the contrary, the AlphaZero program does not rely on a large array of hand-coded rules to beat the opponents. Instead, it is fed only with the rules of the game. It then uses reinforcement learning to play millions of games against itself via a process of trial and error. Over time, it learns from the game events, such as wins, losses, and draws to determine patterns and invent new moves that could lead to easy victories.

AlphaZero requires different time durations to be trained for different games, per their respective gameplay, styles, and complexities. For instance, it takes nearly 9 hours for chess, 12 hours for shogi, and 13 days for Go.

In a number of real tournaments and simulations, AlphaZero has been successful in defeating the world’s best players of chess, shogi and Go, only after spending some time in training, despite having no pre-built knowledge of winning moves or game scenarios that might occur. This clearly indicates that artificial intelligence has already reached the next level.

DeepMind was established in 2010 with a vision to make a positive social impact leveraging the potential modern technologies, such as artificial intelligence had. It has been successful in delivering impact on the social as well as industrial aspects of the society at large. 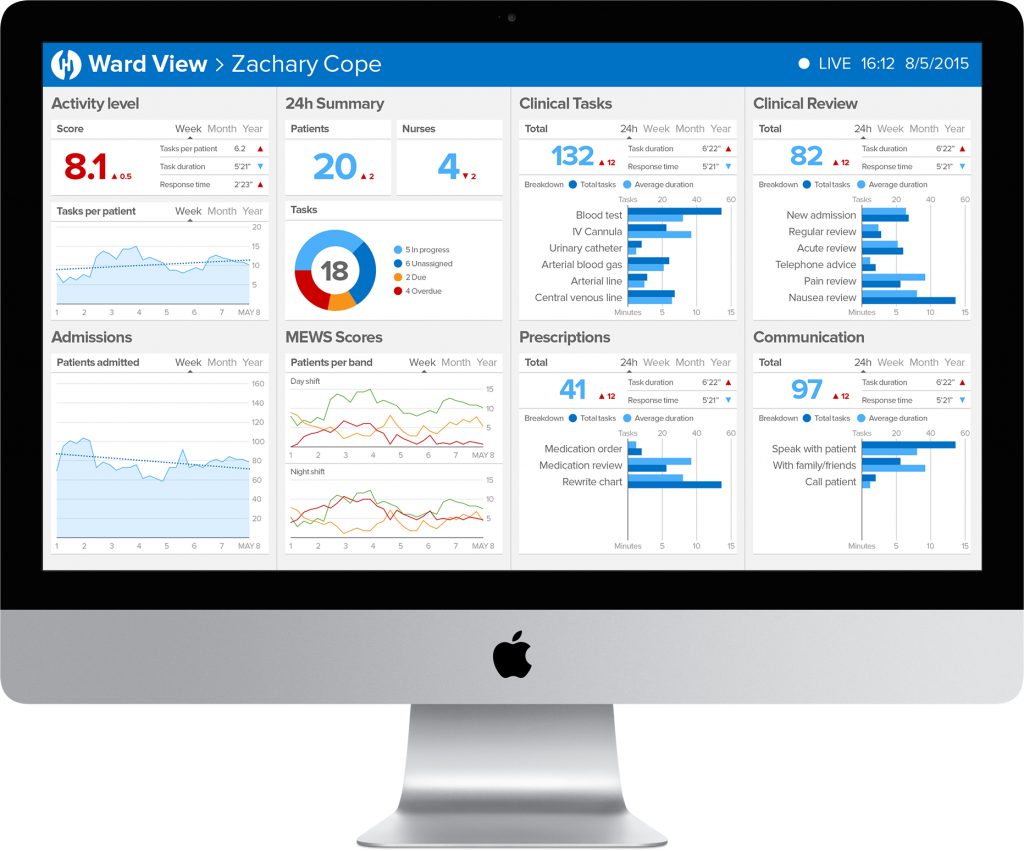 In the UK, NHS is a healthcare organization that serves in saving the lives of numerous people offering them world-class care. However, because of the sheer number of the patients and complexities involved in medical science itself, several people suffer severe medical conditions and even die, because they don’t receive timely medical attention.

Problem is also with the nurses and doctors who simply don’t have the right tools to analyze every test result, identify the best plan of treatment, and ensure that the right referrals are made without wastage of time.

DeepMind commits itself to solve problems related to providing quicker and more accurate analysis, reducing the latencies in clinical decision making, and providing better monitoring abilities for the patients to improve the response times. DeepMind works with several medical institutions and hospitals to build AI enabled mobile tools and perform AI research. Instead of traditional top-down IT projects, it takes a more flexible approach for setting its priorities. It connects with patients and clinicians to form its priorities.

In the direction of making AI work to make a social impact, DeepMind chose ethics as a subject deserving of its attention. DeepMind is working in the field of AI ethics and combining the technical expertise of their team, voices of people, and expertise from other disciplines to bring out solutions to the societal challenges related to ethics.

DeepMind considers the following at the top ethics challenges that AI could contribute to addressing:

DeepMind adds another dimension of intelligence to Google products by integrating its AI research and solutions to Google offerings. Not only the offerings, but it also works in improving Google’s own solutions, sometimes even by reducing their costs or reducing the environmental impact of their work.

There have been major breakthroughs, such as:

A deep neural network that generates audio waveforms, capable of producing speech that matches with humans with an unmatched level of accuracy.

An AI framework that adapts per the data center dynamics, unique architectures, constraints and environments to provide recommendations to optimize usage of energy in cooling. It has already started saving 40% of the energy bill in cooling their data centers.

In addition to WaveNet being available to the Android users, DeepMind also works with the Google Android team to ensure optimum on-screen brightness and battery adjustments, for better battery life and amazing user experience.

As a thought leader and pioneers in several aspects related to AI, DeepMind is a must-know and must-follow organization if you are related to data science or AI. Dotted with numerous researches and pathbreaking innovations, this organization has a unique take on the business – making a positive social impact, which is quite evident in their work.

They continue to publish their work at https://deepmind.com/research/publications/ and have ties with the wider research and academic communities around the world.

And that’s a wrap! Hope this blog post proves to be insightful for you! Feel free to share your thoughts in the comments section! Also, If you seek to upskill your Data Science skills, feel free to check out our Data Science Courses here.