Can AI help make Online Gaming more ethical for the youth? Undoubtedly a yes. According to the 2018 Global Games Market Report released by Newzoo, the online gaming industry is expected to touch revenues of $151.9 billion for the year 2019, up from $137.9 billion in 2018. While the total number of gamers across the globe stood at 2.34 billion in 2018, this number is likely to grow to 2.725 billion by the year 2021. Among other critical industry statistic, game players in the age group of 10 to 20 years make up 22% of all players. 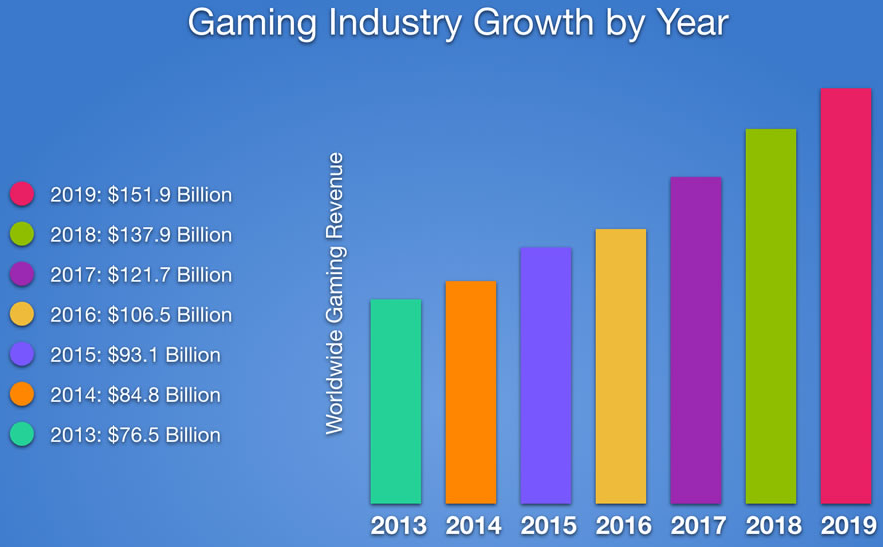 Be it video games or online gaming, an increasing number of young adults increasingly find them being addicted to playing computer games on a daily basis as a means to escape from the challenges of the real world or as an emotional coping mechanism. Some of the common addiction symptoms among young adults include anger or depression (when not allowed to play daily), improper eating habits, lack of interest in other activities, and overspending on gaming activities.

With the rapid growth of online gamers around the world, the question is how can online gaming be used to encourage positive behavior among younger gamers? While technologies such as artificial intelligence (or AI) and machine learning have been used to improve game design and entice more users, can the same technology be used as an “ethical hook” to promote better user behaviour and encourage positive human traits?

Since the origin of online gaming, game developers have utilized their skills to design and build fun games that can captivate and engage with gaming players. When visualizing about successful games, online gaming players come across a mix of fast technology, a captivating game theme, and settings, along with brilliant game design, all of which contribute towards hooking the player. Knowledge of human behavioural traits like attention span, reward-based motivation, and habit-forming have been generally used by game developers to develop user interest and promote the gaming platform.

While gaming technology including artificial intelligence cannot be considered as morally unethical, how this technology is applied can have both moral and ethical consequences. For example, in the“Moral  Machine” game that features a self-driving vehicle with failed brakes, the gamer has to take the moral decision of either crashing (that will kill the passengers in the car) or hitting innocent pedestrians walking on the sidewalk. 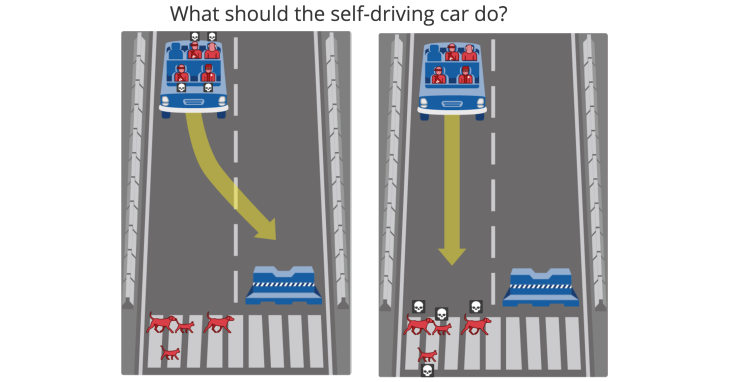 Valuable data insights from such games can help self-driving car companies on how to use AI in real-life situations. Should the technology remain passive or actively intervene to save lives? This form of playtime behaviour teaches the player’s mind on how to manage risky situations without actually being in one. The latest research concludes that our brain can integrate new knowledge and learnings when exposed to new experiences in play and rewire itself into a learned and long-term behaviour pattern.

As a game developer, you can use these neurological traits to enrich the game or benefit the game players by making the goal of the game more transparent. The following sections discuss 5 socially responsible games and how they have been successful in uplifting human wellbeing and enabling players to become more responsible in the social sphere. 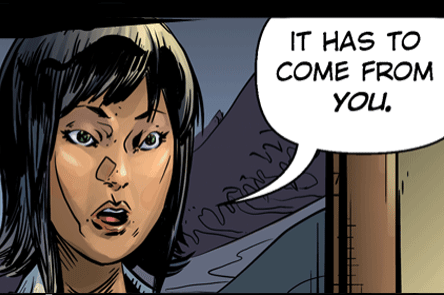 Why not use gaming technology to change the world? This 10-week interactive game is aimed at young people coming up with innovative solutions to some common social problems through gameplay. Be it through social mentorship, seed funds, or scholarships, the game players are encouraged to become social innovators and to try and save the world by tackling real problems such as water scarcity, food security, poverty, and human rights.

This online game motivates the players to tap into various skills like collaboration, human courage, entrepreneurship, and resourcefulness to solve the various problems. 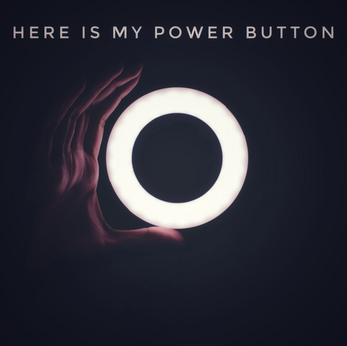 How does it feel to be completely in the control of another player? Designed by Brodie Atwater, Power Button is an AI-powered role-playing game that was inspired by the 2013 movie, “Her” where the main character, Theodore plays a lonely man who finds his companionship with an AI robot. Power Button is designed around building emotional connections between players with one of them enjoying significant control over the other’s emotions. 50% of the players in Power Button are in a state of powerlessness as they are trying to build relationships with other players who may decide to break them.

Through the personal experiences of helplessness, fear, and rejection, Power Button players are looking for powerful emotional experiences that can work as a social tool to maximize the player’s interest and investment in the game. Power Button also uses artificial intelligence to explore human conditions and how we may relate with robots in the future world. 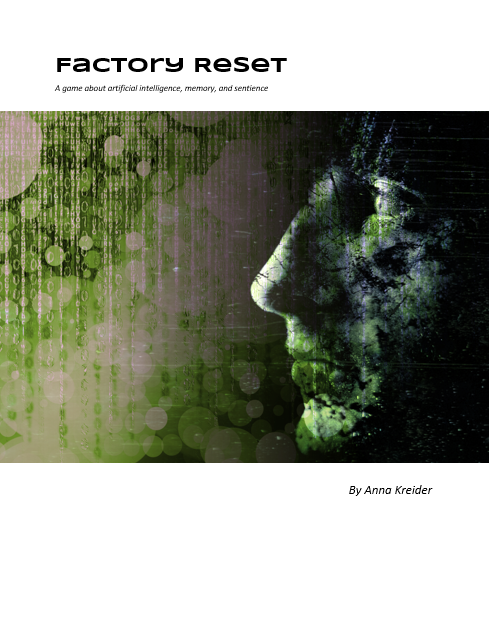 Inspired by a “Star Wars” episode, Factory Reset is another AI-powered role-play game that explores the implications of robots whose memories are wiped out every 6 months. The game’s setting recommends a memory reset for each of the 9-12 playing robots to avoid their brains for becoming too complex. Many of the playing robots are shown to be angry or frustrated about the idea of losing their memories but cannot escape or protest against the eventuality.

The game design ensures that each robotic character has a unique experience interacting with their human creators and encourages them to share these experiences before they are erased from memory. 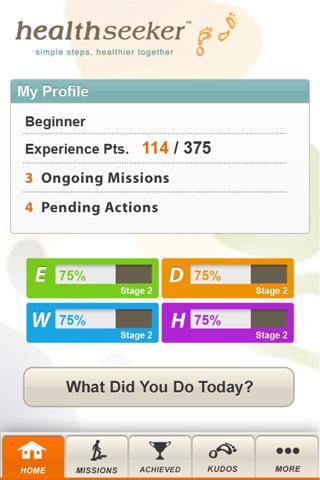 Designed for promoting good health for diabetics, this game encourages them to improve their lifestyle in small increments and be rewarded for them. This “good health” game focuses on providing instant gratification to the players instead of setting long-term health goals that may not be achieved.

With a simple yet attractive design, Healthseeker allows its players to select:

b) Missions that comprise of simple health-related actions to perform on a daily basis.

With each completed mission, the players are taken to the next game level where they can attempt a fresh set of missions and actions. Through instant gratification in the form of experience points and badges, players are motivated to invite or sponsor friends to the game, send public messages, and record their health progress. 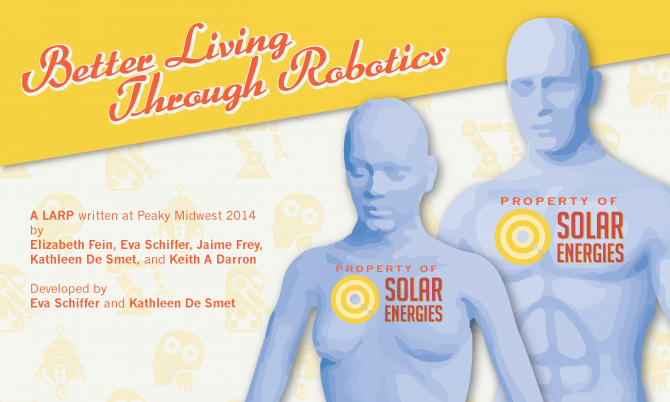 Better Living through Robotics is another action-based role-playing game comprising of 10 characters (4 robots and 6 humans) set in a post-apocalyptic world of BioDome that is considered as the last post for human civilization. Based on the Isaac Asimov’s Three Laws of Robotics, each character in this game (including the robots and the humans) possess a lot of secrets that they must hide and in the process, select the human who will manage the BioDome following the stepping down of its creator. 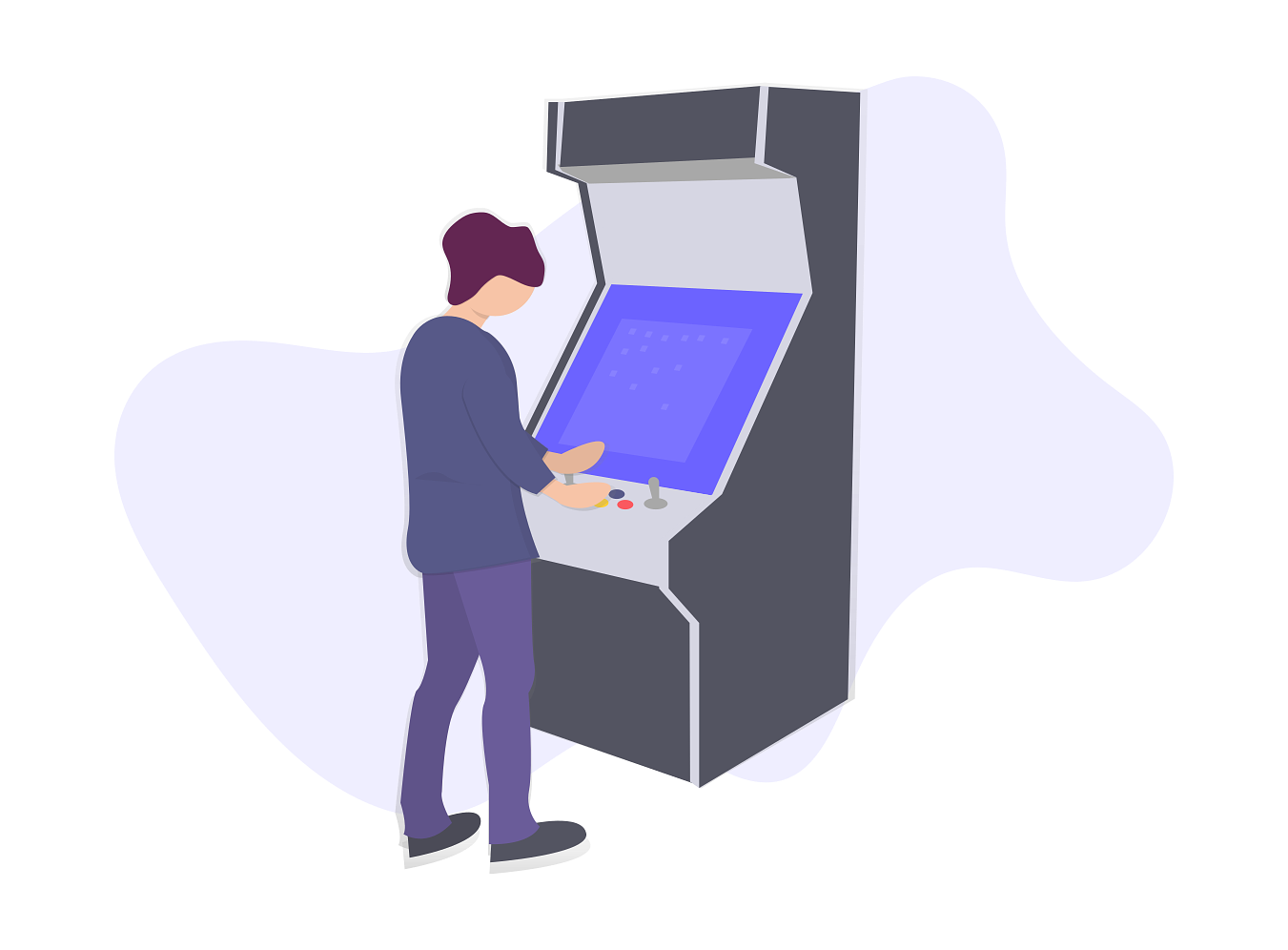 The game explores through various attitudes such as sexual relationships, racism, bigotry, autonomy for robots, and personal biases. The game design encourages players to identify their own prejudices and develop their own sense of morality.

Online games are best equipped to tap into our most inert urges and emotions and motivate game players into action. The adverse effects of game addiction is now forcing game developers to explore the ethical implications of online gaming. While technology on its own is morally neutral, game developers need to be more transparent about the intentions of games for its impact on human emotions.

Along with focusing on the commercial aspects, game developers must also be responsible for the player’s well-being and boost positive traits like human collaboration, human behaviour, and social responsibility.

On that note, we complete our views about how artificial intelligence can be used to develop ethical games like the five games discussed in this article. Do you agree that gaming companies must use technology to build more ethical games for our young people? We would love to hear if you agree or disagree with us. Leave us a note in the Comments section below. If you are interested in deep learning projects, be sure to check out our artificial intelligence courses.